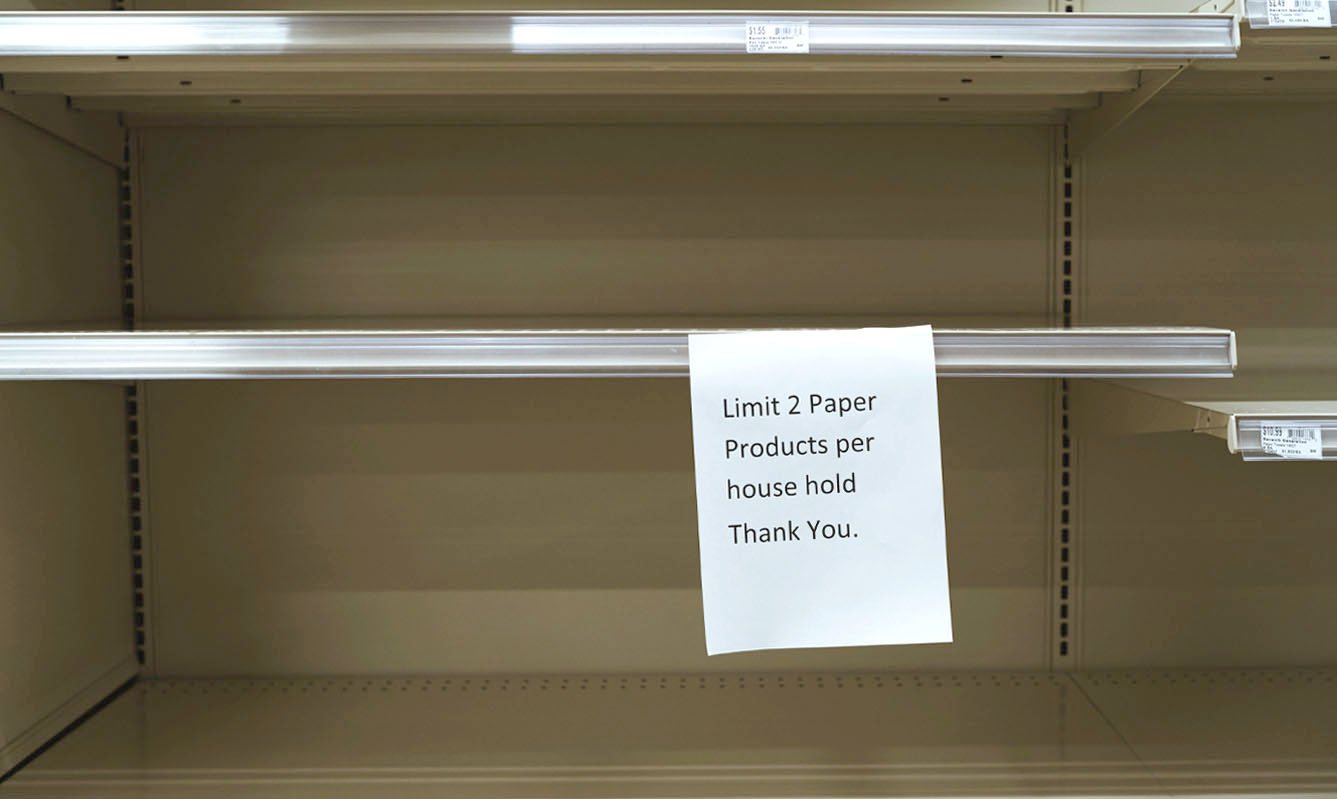 One of the most puzzling phenomena associated with the COVID-19 crisis has been the disappearance of toilet paper from store shelves.

In Southern California, lines of anxious consumers formed outside of stores before they opened, hoping to snare a roll or two. Some take-out restaurants advertised a complementary roll of toilet paper with every meal. Online community platforms like NextDoor saw neighbors asking for the latest on toilet paper sightings. Some offered to barter other goods for a roll of TP.

But why the run on toilet paper?

COVID-19 is not an intestinal disease, at least in its most common manifestation. Nothing in the news suggested that our toilet paper supply chain was threatened. We all knew the sudden absence of a common everyday commodity, toilet paper, happened only because people were buying or trying to buy toilet paper like crazy. It seemed to make no sense. But it’s actually all perfectly human.

It is called the Scarcity Effect, and it’s a well-established psychological principle.

Robert Cialdini, in his book, Influence Science and Practice, examines the Scarcity Effect. It’s part of our heuristics, our lazy and shorthanded way of viewing the world that is embedded in the way our brains work. We associate scarcity with value. The greater the scarcity, the greater the value we associate with it. And the more we value it, the more we tend to want it.

But it doesn’t stop there. Cialdini points to psychological studies demonstrating that the Scarcity Effect’s impact on human behavior is greatly amplified when it concerns something that used to be plentiful. Why? Because as humans we want to avoid losses more than we value gains. In other words, we all like to have more than we had before, but we hate to have less than we had before.

These same human behaviors have their application in negotiation.

Convincing your adversary they have more to lose than they have to gain, therefore is not just a logical argument. It triggers a deeper need to avoid loss. The Scarcity Effect can also be triggered by time deadlines on offers, but only if the other side believes them. Finally, it helps explain why a party may feel the pain of a past loss, such as a loss of income, disproportionately to the gain that could be associated with a certain settlement amount.

So next time you find yourself quickening your pace as you push your shopping cart to the toilet paper aisle and your heart rate rising as you see a few remaining rolls of toilet paper, don’t feel guilty. You’re only being human.

Photo by Allie on Unsplash