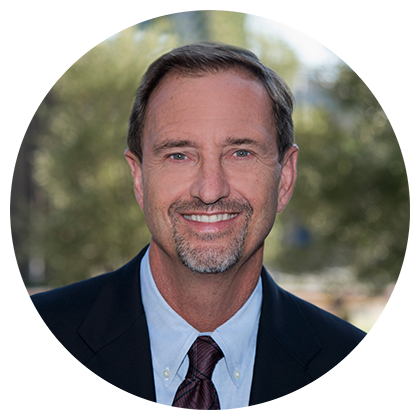 He has argued cases before the Ninth Circuit and the Second, Third, Fourth, and Sixth Districts of the California Courts of Appeal. Among his accomplishments, Mr. Klatte successfully argued a case of first impression in California involving the application of the First Amendment free exercise and establishment clauses to claims under the California Fair Employment and Housing Act. Schmoll v. Chapman University, 70 Cal. App. 4th 1434 (1999). He has twice had cases taken up for review by the California Supreme Court.

Prior to starting his own firm in 2012, he was a senior partner at Rutan & Tucker, LLP, the largest full-service law firm in Orange County, where he served at various times as a member of the firm’s Executive Committee and the Chair of its Labor & Employment Section.

AV rated by Martindale-Hubbell (1994 to present), has been named to the Southern California Super Lawyers list each year since 2005, and was named to The Best Lawyers of America® list in 2020

Mr. Klatte received his Bachelor of Arts Degree with Highest Honors in his Major (English Literature) from the University of California, Santa Cruz in 1981. He received his Juris Doctor degree in 1984 from King Hall School of Law, University of California, Davis, where he was a member of the Moot Court Board. While at King Hall, he was selected to the Wagner Labor Law National Moot Court Competition where his team made it to the Quarter Finals.

Throughout his career, he has been actively engaged in legal, civic, and charitable endeavors in his community

In the legal community, Mr. Klatte has served on committees for the Orange County Bar Association, including its Judicial Nominating Committee. He has also served as a Board Member of the Orange County Chapter of the Federal Bar Association. In 1991, Mr. Klatte received the California State Bar Association’s highest award for pro bono services in connection with his representation of a group of homeless individuals. He has mentored law students from Chapman University and from the University of California, Irvine, and he has served as an Adjunct Professor of Employment Law at Chapman University School of Law. In 2013, Mr. Klatte’s firm served as co-counsel with Dean Erwin Chemerinsky of the UCI Law School in a pro bono case before the United States Supreme Court. U.S. v. Apel, 571 U.S. ___ (2014). In his civic and charitable endeavors, Mr. Klatte has served on the Board of Directors of the Newport-Mesa YMCA. Since 2005, he has been on the Board of Directors of Share Ourselves and he is currently chair for the organization, which is Orange County’s largest provider of medical, dental, and emergency social services to underprivileged and underserved families.

Mr. Klatte has regularly appeared in State and Federal courts throughout central and southern California

Before moving to Orange County, he spent his early childhood in rural Northern California where his father served as the superintendent of a state mental hospital. Mr. Klatte lived on the hospital grounds with his family during much of that time. He credits that period in his childhood for developing his lifelong compassion for others and his commitment to serving those in need.

He speaks French fluently and Spanish conversationally. In his free time he enjoys tending his vegetable garden, exercising, and travel.